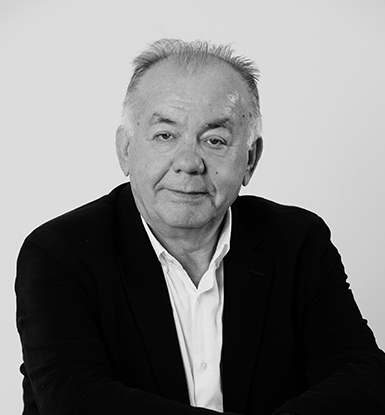 Editor-in-Chief and Publisher of the Media Marketing and ART & Business portals Ekrem Dupanovi carrier in the advertising industry started 50 years ago. For the first 15 years he worked in the economic propaganda program of Radio Sarajevo (1970-1985), and then moved to the marketing agency OSSA, where he led the sports marketing team for five years. In 1990, he was appointed Director of the Yugoslav-Swiss Marketing Agency IMS / STUDIO 6 Yugoslavia, co-founded by OSSA and IMS / STUDIO 6 in Lausanne. Shortly after its establishment, the agency became the first official agency of the Yugoslav government headed by Ante Markovic. Ekrem has extensive experience working on sponsorship projects for major international events, such as the 1984 Sarajevo Winter Olympics, the 1987 Sarajevo World Ski Championships, the 1990 Split European Athletics Championships, and the Planica Ski World Championships. "1994" etc. Following the outbreak of war in Bosnia and Herzegovina, he established his own agency, Futura Media, based in Sarajevo. In 2003, he started editing and publishing the magazine "Media Marketing", and in 2011 the portal "Media Marketing", which today is one of the most relevant media for the communication industry in the Adriatic region. He recently founded the portal "Art and Business", which deals with sponsorship in culture and art. He is the author of five books. In December 2016, he published the book The Best of Adriatic Creative Directors, in which he presented 380 pages of the 26 most successful creative directors in the Adriatic region and 130 of their best campaigns. In December 2017, the book Hotel Yugoslavia of an autobiographical nature was published. In April 2018, the book Creative Portfolio 01 - The Best in Adriatic Region Advertising in 2017 was published, which he prepared together with his daughter Asya. The 400-page book presents 160 communication campaigns that were awarded in 2017 at national and regional festivals. In March 2019, together with Asia, he published the second book Creative Portfolio with campaigns that won festival awards in the Adriatic region (146 campaigns, 420 pages), and in March 2020 he published the third creative portfolio. He is very dedicated to young people and tries to support them in realizing successful careers. One of the biggest projects of the Media Marketing portal is "Young Leaders for Tomorrow". In June last year, he brought together 80 young communications industry leaders and lecturers from the Adriatic region at a four-day conference held in the Japod Islands near Bihac. This year the conference was canceled due to the Covid pandemic.